We are focused on building open access FTTH broadband networks in areas where there is no commercial interest.

From 2008 to 2012, we were the main contractor in the building of the open access broadband network spanning the municipalities of Komen, Sežana, Hrpelje–Kozina and Ilirska Bistrica. After the works were successfully completed, we took over management of the newly-built network. 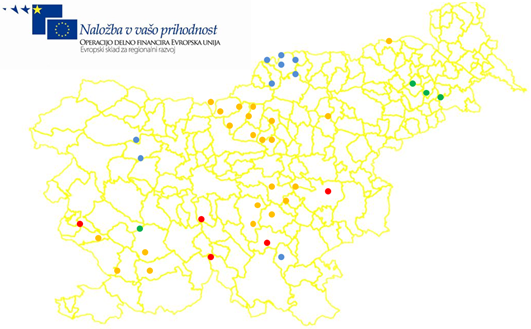 The network was built predominantly in rural areas where there was no commercial interest in the implementation of modern telecommunication connections. As the network operator, FMC d.o.o. is in charge of all network maintenance and operation activities, including active and passive equipment. The network was built using Fibre-to-the-Home (FTTH) and GPON technologies. Throughout the region, which previously had no fast internet connections available, end users (households and business users) were given access to state-of-the-art internet services and transfer speeds up to 1GB/s. The network’s capacities are available to all interested operators and service providers under the same conditions.